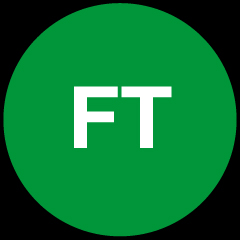 “ When Actors find the engine of their scene, they find dignity in purpose, they find courage in desire and they step into deep being through the ancient ceremony of fighting for what is important.”

The Full Time Program at 16th Street Actors Studio prepares passionate actors with the skill to tell important stories on the global stage in theatre and in film.

16th Street brings the wisdom of the past together with the learnings of the present – to create the very best for our future in art and in life.

The world needs actors who will use their voices and, through their artistry and humanity, bring characters to life that connect us to each other and open our minds and our hearts.

Melbourne is currently in stage 4 Lock down restrictions. Our studio will reopen when the restrictions lift.

Auditions for our 2021 Full time program will commence online at the end of August.

From all of us at 16th Street, Please stay safe through this time.

Auditions will be conducted over Zoom.

Entry into the Full Time Program is based on audition and interview.

Applicants must be 18 years or over.

The Full Time Program is designed to support actors to train in an intensive manner – exposing them to the world’s best acting techniques, with specialists in their respective fields

16th Street promotes a passionate work ethic and great respect for the craft of acting.

Leading the way in a new approach to actor training in Australia, 16th Street integrates the very best of American and British techniques with new thinking in psychological resilience and interpersonal communication. We recognise there are many paths to the same destination and honour the uniqueness of the actors we train.

At the heart of our approach to actor training lies a core belief in the values of compassion, artistic excellence and community, instilled through our founder and Artistic Director, Kim Krejus. 16th Street supports an actor’s artistic development and professional aspirations through extensive mentorship and individual guidance.

16th Street graduates will enter the industry well-trained across a wide variety of techniques, psychologically resilient and equipped with the most advanced interpersonal communication skills needed to have the artistic edge in such a highly competitive field.

Actors forge connections at 16th Street with industry professionals as they embark upon or continue their career as professional actors.  Actors who train through 16th Street have secured representation within esteemed agencies worldwide and have performed on stages and screens in Australia and internationally.

At the foundation of our actor training is the training in meditation. We believe what Eckhart Tolle says: “All true artists, whether they know it or not, create from a place of inner stillness”. There is often confusion, fear and self doubt which high-jacks the mind and inhibits the flow of creativity. So our minds like our bodies must be free to play, be receptive to the moment and dare to risk.

16th Street fosters a spirit of curiosity and generosity. We train actors to see and understand the world through another’s perspective. To be brave enough to live with an open heart, to be strong enough to be vulnerable and have the willpower and skill to be a part of important stories in theatre and film that contribute to a more sane and compassionate world.

The Full Time Program is led by our Artistic Director, Kim Krejus and our Head of Acting, award-winning Australian Theatre Director, Iain Sinclair.

Modules of study include:

Work with the Best of the Best.

“When talented actors live wholeheartedly and courageously within the given circumstances of the story, they reveal for us the complexities of our shared humanity. Your development as a human being is intimately connected to the artist you are capable of being.”

“Kim Krejus and all of the teachers at 16th Street, empower their students to be their own unique, self-sufficient and dynamic instruments. Constantly searching for truth in the work is always of primary importance, and is reiterated in every moment during classes.”

“Kim Krejus has developed the ideal training ground for actors. 16th Street Actors Studio is a place where one can both sharpen their artistry and skill,  while always being reminded to stay curious about humanity and the world around them. Here actors will learn the importance of specificity in performance and character, and that one absolute all great acting aspires to: the truth.”

“I have been in numerous rehearsal rooms with Iain Sinclair over the last 20 years and he inspires actors to front up with fire in their bellies. Iain’s rehearsal room is full of passion, humour and fierce intelligence, creating honest work that best serves the writer. Affectionately known as the “actor whisperer”, this director is not afraid of actors. Working with Iain requires courage and a willingness to play in the shadowlands. He is not interested in vanity or artifice only truth. The truth is what touches people. So if you want to learn from the best, work with Iain Sinclair.”

“Working with Iain has been the closest I have ever come to real magic. He has the ability to conjure things within you that you didn’t know existed. His dedication to storytelling and his ability to generate electricity between you, your scene partner, and the audience, is unmatchable. 16th Street actors are in the presence of greatness, with Iain at the helm. Do whatever you can to be in their Full or Part Time Programs, he is a true master of his craft. “

Zoe Terakes Winner of the Sydney Theatre Award for Best Newcomer (A View From the Bridge: directed by Iain Sinclair)

Monday, Tuesday, Wednesday - 8:30am to 5pm (After Hours Work Required)