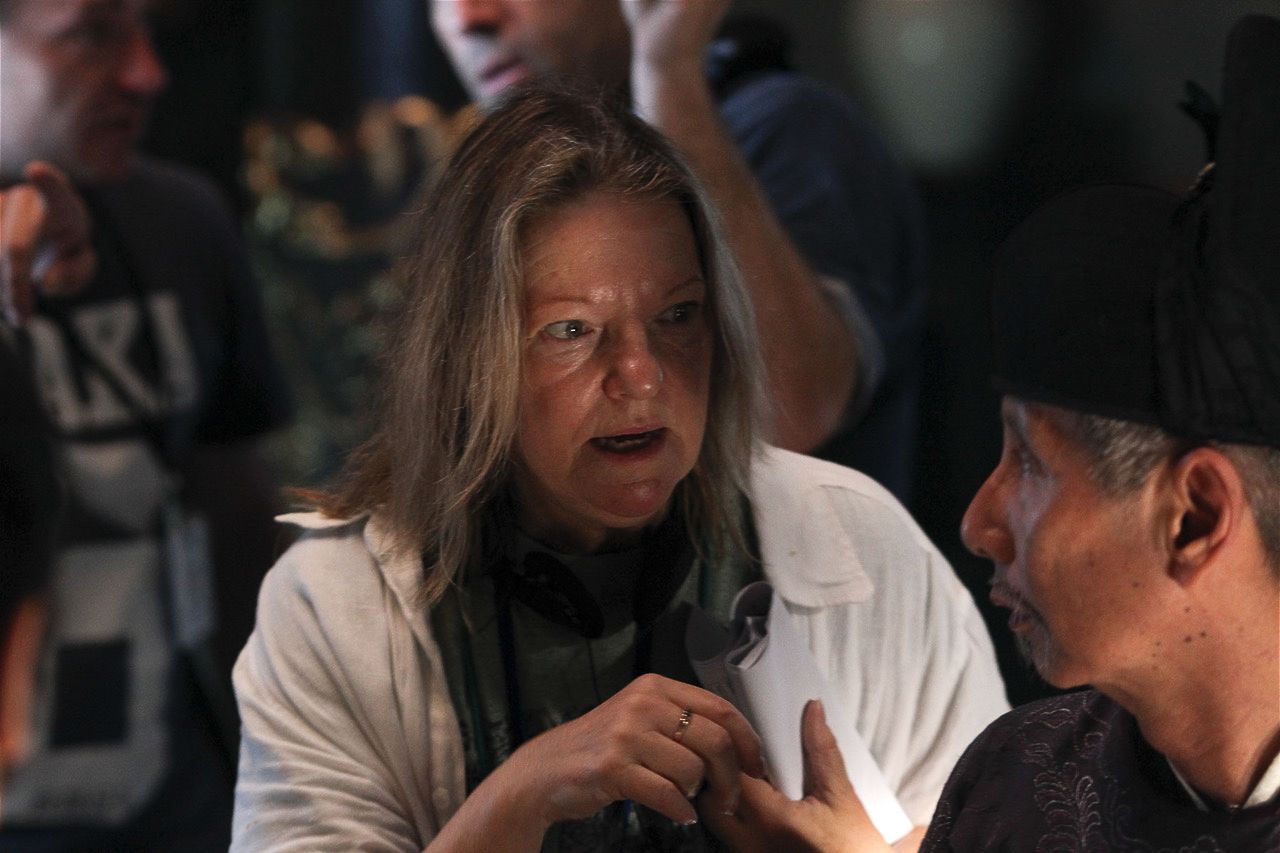 With travel restrictions a reality, 16th Street is committed to bringing the world’s best to you online.

We are delighted to begin the series with UK’s Master Screen Coach Mel Churcher. This will be the first workshop in a series of online courses with international teachers and artists throughout the year.

Reinvigorate your on-screen presence and confidence – hone your self-tape and audition skills – and shine!

Mel’s course will help you find confidence to prepare and film self-tapes, and offer new ways to approach all your screen work.

Coming out of this current crisis, auditions are starting up very fast, as production companies are rapidly running out of viewing material. We will see a great rebound in the industry, for which we all need to be prepared. These days actors are expected to be very self-reliant. Most auditions start as self-tapes, or are done via Zoom and there is little outside help. Also, working on a TV series usually means engaging with advice from multiple directors and producers, as well as dealing with little or no rehearsal.

This course will offer guidance, tools and exercises to enable your unique charisma to shine through in any role you play. It’s designed for local and international castings. Suitable for emerging actors and actors with experience.

Mel is an international screen acting and voice coach. Starting as an actor, Mel moved to theatre directing and voice coaching – being in the voice department of the Royal Shakespeare Company, and working with many companies including the Open Air Theatre, Regent’s Park where she ran the voice and text department for 12 years.
She has been on the council of the British Voice Association, and has directed and taught in most of the major London drama colleges, including as Head of Voice at Rose Bruford College of Speech & Drama, and established the MA in Screen Acting at Royal Central School of Speech and Drama.
In 1992, Mel was asked to coach on the original film of The Secret Garden, shortly after that on The Fifth Element. Nearly 30 years later she has worked on around 65 major film and TV productions. Some of the many actors Mel has coached (for acting or dialogue) include: Thora Birch, Gerard Butler, Henry Cavill, Daniel Craig, Benedict Cumberbatch, Jason Donovan, Daisy Edgar-Jones, Joel Edgerton, Sally Hawkins, Mads Mikkelson, Jennifer Love Hewitt, Milla Jovovich, Angelina Jolie, Felicity Jones, Jet Li, Keira Knightley, Rachel McAdams, Clive Owen, Stellan Skarsgård, John Turturro, Ray Winstone, Michelle Yeoh, Billy Zane and Zhu Zhu. Mel has written two books ‘Acting for Film: Truth 24 Times a Second’ (Random House) and ‘A Screen Acting Workshop’ (Nick Hern Books). Her third book ‘The Elemental Actor’ (Nick Hern Books) will be published in 2021.
A full list of productions Mel has worked on are listed at imdb.me/melchurcher.

You will be asked to send Mel a short intro video (phone is fine) – where you will be asked some questions to respond to. These videos must be sent to Mel by the Thursday prior to the course commencing. You will then receive a scene from Mel that you will work on throughout the course. All scene work is recorded, and you are expected to watch any filming done of yourself before the next session. Also, towards the end of the course, you will be required to self-test a scene as instructed and send it by WeTransfer, Dropbox or similar service, to Mel.

Monday – Keeping the Life: Introduction; differences between stage and screen and the trap of learned lines. Is screen work small? What is ‘a character’? Screen acting and self-taping/toolbox; all toolbox work will be recorded and can be downloaded. Real stories – seeing your unique selves.
Homework: Watch your work on playback.

Tuesday – Being a Text Detective: Recorded scene work in pairs, developing your toolbox. Each actor will get allocated time to work with Mel as the rest of group watches live.
Homework: Watch your work on playback. Start to learn scenes.

Thursday – Homework Day: All actors to self-tape their selected scenes and send to Mel. (If no reader is available at home, a course scene partner can read in remotely.)

Friday – The Proof of the Pudding: Sharing the self-tape work with extensive feedback and specific guidance for each actor’s further development. Q&A.