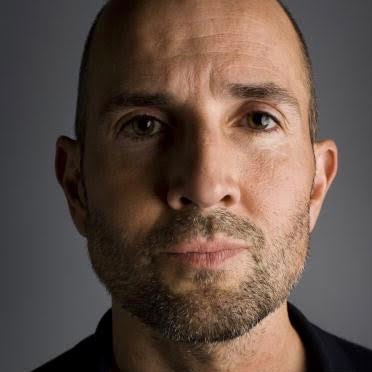 “If there was only one director I had to work with for the rest of my career, it would be Ian Rickson.” – Ellen Burstyn, Academy Award Winning Actress

Regarded as one of the greatest working directors of our time, Ian Rickson will join us in Melbourne this June for an experience not-to-be-missed.

After extraordinarily successful Masterclasses on the plays of Harold Pinter and Edward Albee, we are honoured to be presenting a retrospective on Ian’s time at the helm of the Royal Court – and the great plays presented during his tenure.

“The Royal Court Theatre means the world to me. To work for a company that puts the writer at the centre, and strives to create the best conditions for everybody to thrive in serving this mission, is a privilege.” — Ian Rickson

As Artistic Director of the prestigious Royal Court Theatre in London from 1998-2006, Ian Rickson programmed and directed the work of Harold Pinter, Anton Chekhov, Samuel Beckett and Caryl Churchill – to name a few. He also nurtured budding playwrights Sarah Kane, Jez Butterworth, Simon Stephens and Conor McPherson, ensuring longevity in their careers through substantial bodies of work that flourished under his mentorship.

Since stepping down as Artistic Director of the Royal Court, the list of Ian Rickson’s directing credits is formidable. Acclaimed productions on the West End and Broadway have seen Ian work with renowned actors such as Kristen Scott Thomas, Mark Rylance, Ellen Burstyn, Hugh Jackman, Carey Mulligan, Keira Knightley and Elizabeth Moss.

Ian is about to open Duncan MacMillan’s new adaptation of Ibsen’s Rosmersholm on the West End and will revisit his sold-out, exquisite production of Brian Friel’s Translations at the National Theatre this October – hailed as, “A flawless production. A culture-clash masterpiece” (Guardian).

“If you have an opportunity to work with Ian Rickson don’t think, just do” – Hugh Jackman

In this 3-Day Masterclass, Actors will work on scenes from the acclaimed plays of the Royal Court Theatre in London.

Hailed as, “the most important theatre in Europe,” (New York Times) The Royal Court Theatre is a powerhouse of new writing. With a mission to choose work that is ‘original, contemporary and challenging’, it is an artist-led theatre, consistently influencing international theatrical culture since 1956.

From its early days, this transformative icon has premiered the work of Beckett, Ionesco and Pinter, and has become the home of playwrights like Caryl Churchill, David Hare, Jez Butterworth, Sarah Kane, Debbie Tucker Green and so many more.

This is an exploratory Masterclass conducted in a rehearsal environment. Ian will direct actors with the objective to respond to the imaginative impulses of these contemporary pieces. Actors will be led to find their love of language and their own pioneering vision, reaching underneath the words into the unconscious, the mythology and the mystery of these great works.

“I am so excited to explore these writers because the best new plays are clairvoyant: they glimpse what our future could become, or warn us what we are in danger of creating. Because they’re artistically innovative they create acting challenges. In going back to them we feel them become modern classics.” – Ian Rickson

Sunday - Tuesday 10am to 6pm (finish times may vary)