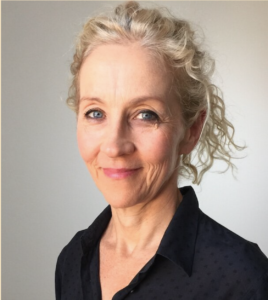 Mastering self-taping in our upcoming acting course can get you the job.

Are you ready to jump into our self-taping acting course with Sancia?

Creating a self-tape library enables your agent and casting directors to show directors and producers what you are capable of.

Taping regularly gives you an opportunity to improve your onscreen technique. The more you practice, the better you become.

We are thrilled to announce that one of our most in demand 16th Street acting coaches, Sancia Robinson, is beginning a six-week course on how to excel and deliver first-rate self-tapes.

In her six-week ‘Self-Tape’ course you will learn:

As an actor the most consistent thing you’ll ever do is self-taping. Particularly after 2020, most every in-person event we have ever known has become an online endeavour; which includes, to no one’s surprise, most in-person auditions.

The best thing you can do for your career and financial wellbeing is to become professionally and self-sufficiently skilled in the artful technique of self-taping.

“Sancia is an alchemist who can take the most surprising mix of raw elements and turn them into gold. She has an innate ability to identify, inspire and empower talent, to make people feel comfortable and to fill them with confidence. She is all about trust and honesty – actors, comedians, musicians and presenters trust her to help them sculpt amazing performances, and to be honest about working with their strengths and their weaknesses. She has a rare mix of skills – actor, teacher, producer, director and top quality human – which means that she is always the first person you call when you’re building a TV show.” – Todd Abbott, Head of Comedy ABC

Besides being one of Melbourne’s most sought-after teachers, Sancia sports many different hats: being a trained NIDA actor and teacher, a TV producer, radio show host, casting producer, director and published author.

Her producing and casting work includes the Logie Award winning documentary series ‘Filthy Rich and Homeless’, comedian Luke McGregor’s comedy drama ‘Luke Warm Sex’, SBS comedy ‘Santo, Sam and Ed’s Cup Fever’, ‘Spicks and Specs’, ‘Thank God You’re Here’ (just to squeeze in a few); she has also casted for Blackfella Films, is currently working on a development with Matchbox Pictures and has been named “the first person you call when you’re building a TV show,” by ABC’s Head of Comedy.

She has toured internationally with her most notable, one-woman show “What is the Matter with Mary Jane?” and has both co-wrote and directed the recent full season sellout ‘Five Starts out of five – kill to get a ticket’.

Sancia gives you a toolbox of skills to have emotional flow in performance when it’s not always readily available – so you can have the confidence to deliver that solid performance every single time!

“Sancia is always the first person I ask to be my casting director. Her instincts in providing a great mix or people that work well together on a panel is second to none. Her passion in finding new talent as well as people from diverse backgrounds is vital. And her ability in keeping talent happy through long and often tedious days is essential.” – Anthony Watt, Executive Producer – ABC TV (Spicks and Specks)

“Sancia has a very grounded and deep understanding of the entertainment business; this is a unique position for someone in teaching as her experience isn’t based on supposition but actuality. She is extremely emotionally intelligent and empathetic both skills that make her brilliant at recognising talent and potential in other people. She backs talent completely and will invest a huge amount of her energy to sure they have everything they need to convert their opportunities. She has courage and kindness in her and understands the business of television extremely well. I cannot speak highly enough of Sancia’s professionalism, passion and work ethic etc” Susie Jones – Commissioning Editor SBS documentaries

“Sancia is a total talent. Her ability to spot talent, and develop clear communication and trust is second to none. A true professional, always over delivering.” – Kylie Washington
BBC Studios Director of Production Aust