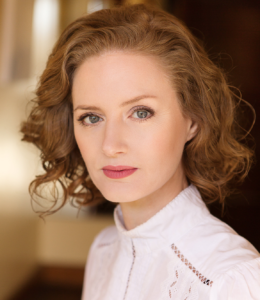 Master acting coaches, Howard Fine, Larry Moss, Lisa Robertson and Anthony Meindl among others, all acknowledge that one of the most important aspects of actor training is bringing the voice and emotional connection into the body through centered breath control, groundedness, stillness, vocal strength and dynamism, and the ability to manage the actor’s instrument within the anxieties and tensions of performance. Suzuki-based training delivers all this, and more.

In this 6 week program, you will learn precise physical discipline to bring a heightened awareness and emotional and physical commitment to each moment on stage. The Suzuki training gives actors control over their instrument from the anxieties and tensions of performance. The Suzuki Method of actor training was developed by Tadashi Suzuki, Artistic Director of the Suzuki Company of Toga (Japan).

What is the Suzuki Actor Training Method?

“The Suzuki Method of Actor Training was developed by Tadashi Suzuki, Artistic Director of the Suzuki Company of Toga (SCOT). This technique has gained a broad following in professional theatre circles including the Royal Shakespeare Company, among many. The Suzuki Method develops the actor’s inner physical sensibilities, and builds the will, stamina and concentration. The workshop activities include a series of exercises focussing on the use of the feet in relation to one’s centre. These exercises are designed to throw the body off centre while maintaining a consistent level of energy and not swaying the upper body. The training involves precise physical discipline to bring a heightened awareness and emotional and physical commitment to each moment on stage. The Suzuki Method is designed to gain expressive perspective and abilities, and to explore the power of the human body in the theatrical context.” – The Japan Society

What is Integrated Actor Training?

From 1997 to 2007 Emma trained exclusively in the Suzuki Actor Training Method with repertory ensemble, Frank Theatre under the direction of Jacqui Carroll and John Nobbs. Inspired by this training in Australia and Japan, and 22 years as a stage and screen actor, Emma Louise Pursey’s Integrated Actor Training is a set repertoire of rigorous, performative physical-based exercises that incorporate speech to focus on the core and feet in relation to the body, mind and voice.

Whilst largely derived from Suzuki’s method, it has been adapted to encourage more natural alignments of the body, focusing on safe technique and longevity of practice.

In October 2016 Emma hosted and co-taught a masterclass here in Melbourne with renowned Japanese performer and former Suzuki company principal actor, Okubo Noriaki. Together they outlined the basic performative principles for this adapted methodology.

The term ‘Integrated actor’ is credited to Dr Jo Loth, a former fellow Frank Theatre actor, now Head of Theatre and Performance at the University of the Sunshine Coast, who created this term as part of her Masters Project entitled ‘Developing a theatre of the integrated actor’.  You can read the full thesis here. 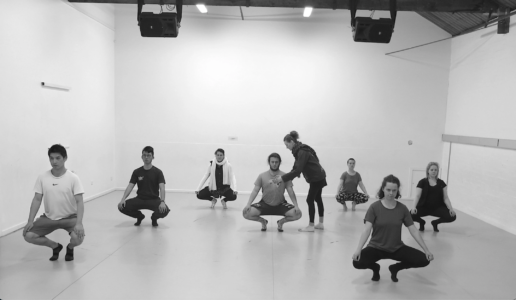 What you will learn

The Integrated Actor Training method complements all other acting and performance methodologies and is a powerful tool in the creation of powerful actors.

This training is most suited to professional actors, dancers and performers, though is open to anyone interested in physical-based training. 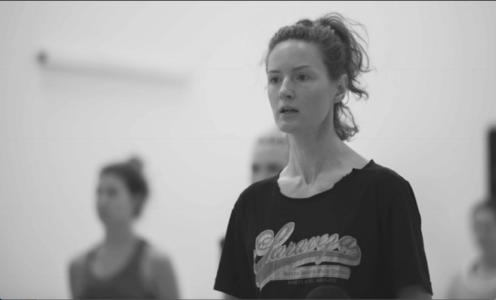 During this time, she was also directed by the legendary Diane Cilento in her production of Myrrah, performed alongside David Helfgott, and became co-director of her own ensemble theatre company, The Brides of Frank; one of Queensland’s most significant (and infamous) independent companies of the mid 2000s. In 2007 Emma’s final performance with Frank Theatre saw her perform her Dell’Artè award-winning role of the Medium in Rashomon for Tadashi Suzuki’s second ever visit to Australia.

Emma moved into independent and mainstage work for Queensland Theatre Company, Brisbane Powerhouse, QPAC, Metro Arts Theatre and La Boite Theatre where she won her second Dell’Artè award for her multiple roles in Oodgeroo. Relocating to Melbourne, Emma expanded her screen work to include roles on Neighbours, Winners and Losers, Underbelly Squizzy and numerous award-winning short films. Melbourne independent theatre highlights include playing the role of Character A in North of Eight’s Terminus, being directed by John Gauci in The Process, Prospero in Melbourne Shakespeare Company’s The Tempest, and Belinda in The Man Of Mode at Chapel Off Chapel.

Early in her career Emma was also a vinyl electronic music DJ who played in Beijing for the Millennium, and toured nationally and internationally performing a live-mixed soundscape to contemporary dancer, Lisa O’Neill’s solo work, Fugu San at Dancehouse (Melbourne), The Performance Space (Sydney), New Territories Festival (Glasgow) and the Asia Contemporary Dance Festival (Osaka). Emma has also produced/assistant-directed photographer, Peter Milne’s The Oddfellow’s Daughter for MICF at ACMI, short-films The Last Time I Saw You and Grevillea, and Butoh artist, Helen Smith’s performance of Lady Macbeth at the Asia Pacific Triennial of Performing Arts.