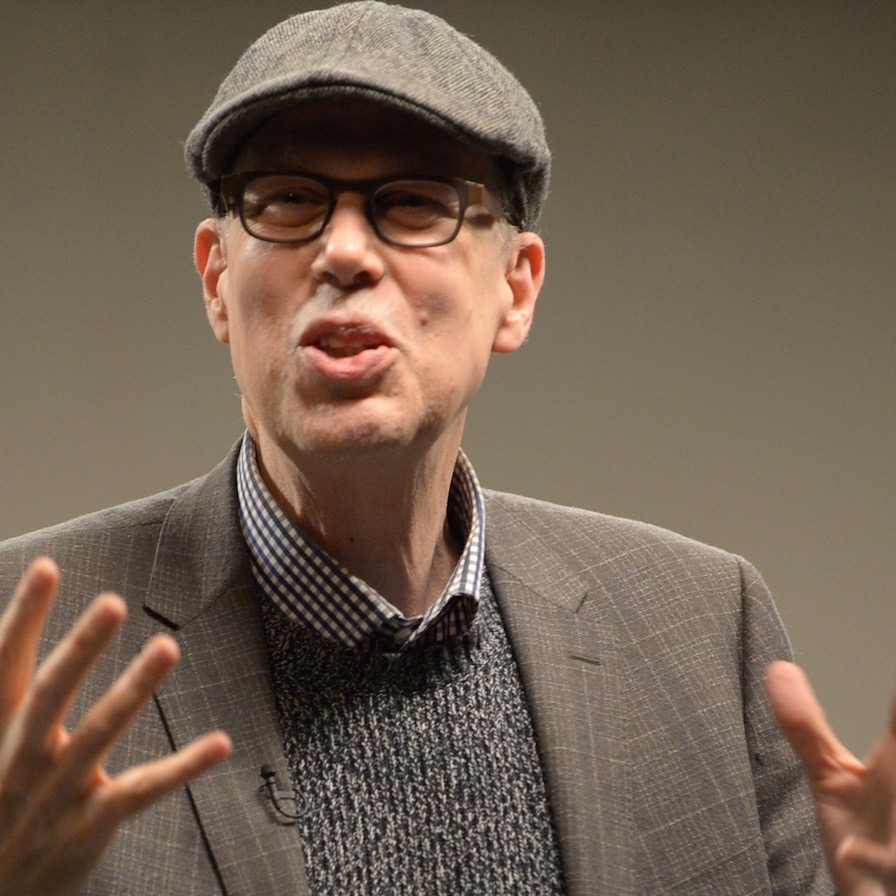 “Everything I’m teaching you about acting has one aim only: to fire you up emotionally and behaviorally so that you can give a vivid, involving, and memorable performance.” – Larry Moss

Larry Moss’ wholehearted and fierce commitment for actors to rise to the occasion with solid technique, to reveal the play and meet the demands of working in the theatre is unwavering.

Since his first Australian Masterclass, Larry Moss has inspired and challenged hundreds of Australian actors to work at their craft, fall in love with writers and have the intent to live, creatively not destructively.

In this 4-day Advanced Scene Study, Masterclass actors will discover the joy and freedom that is possible when they are in service of something bigger than themselves – The play!

Larry’s breadth of experience as a teacher and director is second to none and actors under his tutelage develop richness in their work, deepening their approach to the craft. This Masterclass will ensure a dynamic experience for participants and auditors alike.

Learning how to interpret and inhabit a scene illuminates the story and is the basis for Larry’s approach to acting. Beginning with an actor’s physical life on stage, Larry helps the actor to reveal the depth of emotional meaning and importance of the character’s need in the text and encourages the actor to commit fully to their choices. This focus on story, personalisation and imagination gives actors a rich resource to access and a focus that allows the performer to reach their potential.

There are 32 places in each Masterclass for actors to work on scenes from acclaimed plays. Larry has a passion for great writing and believes it is only with the best material that an actor can reach their artistic potential.

Participants are carefully paired and allocated a scene. As a Participant, you will be provided with a copy of Larry’s book, The Intent to Live, to read before beginning a thorough rehearsal process.

“Larry continues to inspire me to search fearlessly for the truth in the character I am playing and in myself as a human being. I am in awe of the profoundly gifted, articulate teacher.”

One place in 2018 will be offered in each city, Sydney, Melbourne and Brisbane.

16th Street would like to thank Showcast for their incredible support and commitment to actors in this country.

Click Here for more information about the Actors Scholarships and to Apply.

“Truth is his goal, for it serves the world. His heart and vision are crystals of impeccable knowledge which transform the actors who are blessed enough to work with him.”

Larry Moss taught at The Juilliard School and Circle in the Square in New York City before moving to Los Angeles and opening The Larry Moss Studio. Larry has directed numerous plays and coached many award-winning actors including Helen Hunt, Leonardo DiCaprio, Hilary Swank, Tobey Maguire and Jim Carrey.

Larry is currently in development to direct a film about the life of multi-Academy Award nominee Montgomery Clift, one of the founding members of The Actors Studio and key proponent of the Method.

Larry’s training with legendary teachers Stella Adler and Sanford Meisner informs his ability to unleash the actor’s imagination. His time with actors yields powerful, authentic work and has resulted in many career-changing performances. Larry has the ability to connect actors to themselves and the characters they play by taking them into the world of the writer, with a passionate commitment to telling the story. His incredible ability to identify the given circumstances of the play and the world a character inhabits allows him to guide actors in revealing the meaning of a play or lyric. Through this, he illuminates the structure, language and technical craft required to meet these demands with a focus on power. Larry places great importance on the actors vocal, physical, psychological and emotional expression.

“Larry’s commitment to his craft, his encyclopedic knowledge of the arts, and his sincere enthusiasm for the art of acting itself make his process exciting, inspiring and truly transformational as an actor.”

Auditing is not simply an act of watching performers work with Larry, but rather an active process in which fellow actors thoroughly experience and learn Larry’s approach through observation and analysis.

We encourage all auditors to read Larry’s book, The Intent to Live, prior to the Masterclass in order to have a solid understanding of the process and enhance their overall learning experience of the Masterclass.

To book Auditing Tickets in either Melbourne, Sydney or Brisbane please click on the below links or the links in the Auditing Section of this page.

The film, directed and produced by Mitzi Kapture, follows Moss as he works alongside a young director and his actors taking them from their first choices to a final polished performance; allowing the viewer to absorb what makes The Process so effective and brilliant. It also features appearances by Academy® Award Winner, James L. Brooks and is moderated by USC Cinematic Arts Professor, Barnet Kellman. The film includes a hilarious clip featuring Tracey Ullman and Mel Brooks from The Tracey Ullman Show. The Process is executive produced by Ralph Hemecker. The DVD and Blu-Ray includes special bonus interviews and includes tips from these seasoned pros.
www.IMDb.com

The DVD and Blu-ray are available for purchase www.theprocessstudios.com

9am to 5pm each day (finish times may vary)