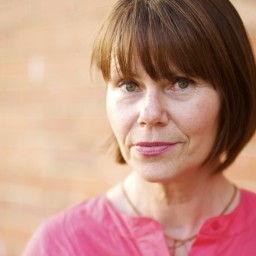 “Kim Krejus is a wizard and artist extraordinaire. Her professionalism, standards and passion for the evolution of craft, method work and technique for the actor are always searching for the most personal and profound rewards creatively. Kim is a maestra and her own gift of the art is what makes her a supreme guide.” – Elizabeth Kemp, Associate Artistic Director, The Actors Studio, New York

As founder of 16th Street Actors Studio, Kim is known and respected as one of Australia’s most esteemed acting teachers. Kim has taught at the Victorian College of the Arts, The National Institute of Dramatic Art (NIDA), Bond University, Central Queensland University and as a private coach to numerous successful Australian actors.

Kim began her career as an actor in film receiving an Australian Film Institute Best Actress nomination and has worked for all major television networks and major theatre companies across Australia including Nimrod, Melbourne Theatre Company and Queensland Theatre Company.

Kim has also worked in theatre in the United States, including touring Broadway productions, and in repertory theatre across the UK.

Kim was a student at NIDA, Sydney, HB Studio, New York, The Atlantic Theatre School, New York, and is a graduate of The Drama Centre, London. Kim received a prestigious Churchill Fellowship and has trained under some of the most highly regarded acting teachers in the world including Yat Malmgren & Doreen Cannon in London, Uta Hagen in New York and Ivana Chubbuck in Los Angeles; Kim is accredited to teach the innovative Chubbuck Technique.

“‘Respect for Acting’ is the title of the book written by Uta Hagen, one of the greatest acting teachers of our time. The notion of respect encapsulates much about what it means to be an actor. When talented actors live wholeheartedly within the given circumstances of the play, they reveal for us the complexities of our humanity. When they develop the technique that is required, are willing to know themselves and give their hearts, souls and intellect to illuminate the stories they tell, then audiences have a chance to bridge the gap between right and wrong, good and bad and all the prejudice that alienates from each other.

As a teacher, and as Artistic Director of 16th Street Actors Studio, I am privileged to offer training programs for actors in an environment where actors are supported to grow as artists, are encouraged to stretch their limitations, and are guided in their careers and creative lives. Our actors will develop a deep respect for the craft of acting and for themselves as artists.” – Kim