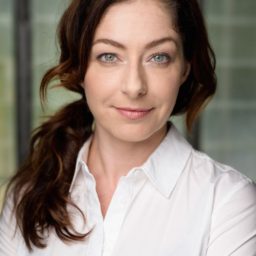 Tanya is an actor and voice-over artist, appearing in various screen and stage productions, including Harrow (ABC), Metrosexual (9Now), Occupation and the national stage tour of Grace Under Pressure (2020, 2021).

Tanya has been involved in the film and the performing arts industry for over 20 years, originally graduating from QUT (BA Film & TV Prod), then going on to teach subjects including Media Production and Directing Actors and to work behind the scenes in various international television productions. She then went on to study at The Actors Workshop.

She has been a tutor and acting coach for NIDA Open since 2010 as well as for various other institutions, specialising in screen acting.

She won the ATOM (Australian Teachers of Media) Teachers Award for her work making short films with children and youth in the Indigenous community of Cherbourg, which have screened internationally and won multiple awards. She also coordinates an Early Years Indigenous Literacy and bookmaking project there.

Tanya is also a yoga and meditation teacher and has assisted in yoga teacher trainings. She facilitates Mind & Body workshops for performers and is passionate about helping them integrate breath, mind and body awareness with presence, positive mindset and creativity.