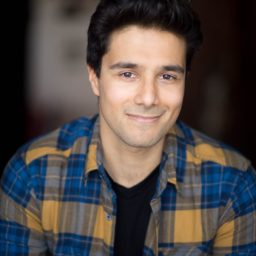 Fabio is a certified teacher of Fitzmaurice Voicework®. He trained and graduated from multiple institutions across the globe, with masters in their field such as: Accademia Teatrale Veneta (Italy) in Commedia Dell’Arte, HB Studio and the Hagen Teacher Lab under the mentorship of Carol Rosenfeld, 16th Street Actors Studio. And has trained with coaches Larry Moss, Lyndsey Davies, Catherine Fitzmaurice and Austin Pendleton.

Fabio also studied Clown and Le Jeu with Philippe Gauliere; Clown and Bouffon pedagogy with Giovanni Fusetti. He apprenticed and taught under Zack Fines in Clowning and Games at New York University and trained in the advance teacher training in Clown with Christopher Bayes (Head of Physical Acting at the Yale School of Drama).

As a teacher Fabio has taught at NYU Tisch School of the Arts, HB studio, the Ume Group (Physical Theatre Ensemble New York), St. Martin’s Youth Theatre, the National Theatre Drama School, Tamasha Theatre company (UK), the Victorian College of the Arts and is the Director of The Clowning Workshop in Melbourne.

As an actor he has devised and performed in Commedia dell’arte shows for over 8 years and has been a Commedia Dell’arte consultant for various productions, conservatory programs and tertiary institutions. Fabio is a company member of the New York based physical theatre company ‘The Ume Group’ where he performed, devised, consulted in numerous shows in the style of Clowning and Commedia Dell’arte.

In 2018, he directed ‘Fish-kebab’ a contemporary Commedia show as part of the UNESCO International Commedia day in Melbourne. Most recently Fabio created his solo show SPOT, premiering at Theatre Works in 2021.

We are delighted to welcome Fabio to the faculty at 16th Street.