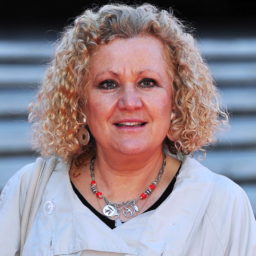 “Director Nadia Tass draws out the humour while keeping the bigger issues in focus.” – Sydney Morning Herald, Sorting Out Rachel

“Tass is a meticulous filmmaker, leaving nothing to chance, and her impeccable casting here reflects her attention to detail.” – The Courier Mail, The Big Steal

We are delighted to have Nadia Tass join us at 16th Street. Recipient of 2014’s Screen Leader Award for Outstanding Leadership to the Screen Industry, Nadia is one of Australia’s most respected and unique filmmakers. Known for directing Australian classic films “Malcolm”, “The Big Steal” and “Amy”. She has directed films and high-end television for Universal Studios, Disney, Warner Bros, ABC, CBS as well as the BBC in London. And her film work has garnered 68 international awards including at Film Festivals in Cannes, Milan International, Busan and Venice.

In 2012, The American Cinematheque in Los Angeles honoured Ms. Tass with a retrospective of her work. With retrospectives screening in Moscow, Cape Town & Johannesburg, Hawaii and New Delhi.

Nadia started her directing career in theatre, and directs for the stage in between movies. She directs in London, and for major theatre companies in Australia, Washington DC, and New York. In 2019 she directed “Masterpieces” at Signature Theatre in DC and “Fern Hill” in New York. Both were successful critically and their seasons were extended.

Tass also has sat on film festival juries for the Hawaii Film Festival, St. Tropez (as the head of the jury,) Asian Festival Of First Films, and the Pune International Film Festival (as the chair of the jury), and as the head juror on numerous festivals in China.

A consummate professional, Ms. Tass has given back to the industry by presenting Masterclasses around the world from New York to London to Singapore to New Zealand (Auckland & Wellington) and in Australia’s major film cities of Sydney and Melbourne on many occasions. She regularly lectures at the Victorian College of the Arts and Deakin University (where she is an Adjunct Professor), and has guest lectured at Beijing Normal University, Yunnan University, Wuhan, Chongqing University and Beijing Film Academy in China.

“I continue to love and respect the work that actors bring to a film or a stage production or to television. They are the faces that ultimately tell our stories, and what we do behind the scenes is to prepare them, if it’s for the stage or the small or big screen.” – Nadia